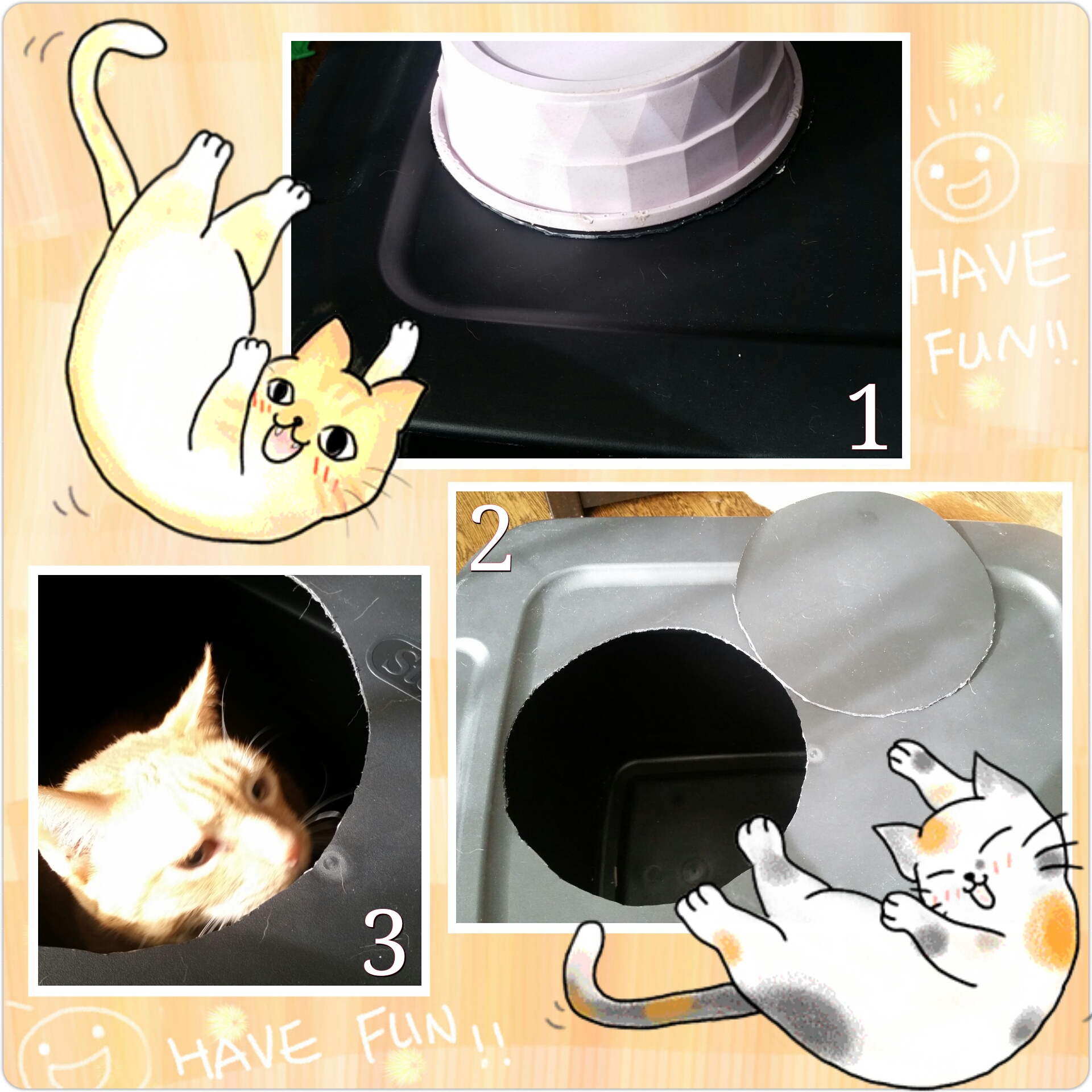 This project took me all of 10 minutes to complete from start to finish.  I had been frantically searching the Internet for tips to keep my 2 dogs,  Chloe and Sasha, out of the litter pan.  It used to be just an occasional treat jar for them until I switched over to World’s Best Cat Litter.  This is a corn based litter and it seems both pups think Kobe’s corn-crusted turds are the best thing since sliced bread.  I tried things like keeping the room’s door closed and using a bungee cord to allow only the cat to fit through to deter them. However, when you’ve got a three year old at home it doesn’t really work out that well.  Then I found this project.  I didn’t know if Kobe would go for it,  but I was at my wit’s end with poop patrol!

One Saturday morning I caught Chloe grabbing a snack and I decided it was time to get down to business! I bought a $5 plastic tub from Walmart and grabbed a knife, a dog bowl (ironic huh? ), and a marker.  You can see the 3 easy steps in the picture above.


1. Use the marker to trace around the dog bowl. I made it at the end of the lid so that she would have enough space to balance herself to get in and out.   Make sure your circle will be big enough for your cat to fit through.

2. Use your scissors or knife to cut out the circle.  (You can use your circle as a plant coaster instead of throwing it away.)

4. Put on the lid and introduce your kitty to their new pan.

I thought Kobe would have trouble adjusting,  but she got the hang of it pretty quickly. The dogs went sniffing around it but could not get their heads in far enough to raid the goods. We have a winner!  I’m no longer on poop patrol and life is a little less chaotic! Good luck and leave your comments below!